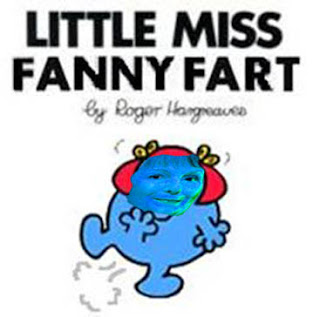 Science chief at odds with SNP nuclear policy - or why Scotsman journos should drop taking the acid...

Look at this article first, then look at the TV interview with chief Scientific Adviser Glover here that they allegedly(and very loosely) ripped half the article from.

http://news.scotsman.com/politics/Science-chief-at-odds-with.5004998.jp
SCOTLAND'S chief scientific adviser yesterday voiced her support for nuclear power, a position that left her at odds with the Scottish Government.
Professor Anne Glover said nuclear should be "considered as (part of] a mix of production of energy". Her views appeared to clash with those of the SNP government, which has ruled out new nuclear plants in Scotland.And just hours later she appeared to change her position, saying it was a decision for governments, not scientists.Prof Glover made the pro-nuclear comments in an interview broadcast on BBC Radio Scotland yesterday morning.When asked whether she had told the SNP government she believed nuclear should be part of the mix, she replied: "I don't think we have had that discussion."She went on to describe nuclear as "fabulous in terms of energy generation", but added that a "huge amount of carbon" was emitted during the construction and decommission of the waste, meaning the life span of the plant was important.She said it was therefore "exciting" that a way had been found in Japan to extend the life span of nuclear power stations.First Minister Alex Salmond is planning to rely on a mix of renewables and "clean" fossil fuel power stations fitted with technology to capture and store carbon emissions.However, Prof Glover warned that there were "a lot of technological problems to be addressed" when it came to carbon capture and storage technology. Just a few hours later, when asked on the Politics Show whether Scotland should use nuclear power in future, she replied: "I think that's an issue that's not for a scientist. That's an issue for government to decide."In contrast to her enthusiasm for nuclear power hours earlier, when asked in the afternoon interview about the future of nuclear in Scotland, she seemed to avoid discussing the issue directly. Instead, she said we must use less energy, and then spoke in support of developing renewable energy technology in Scotland.A spokeswoman for the Scottish Government would not comment on whether Prof Glover had been advised between interviews not to speak out in favour of nuclear.The spokeswoman said: "The view of the Scottish Government and Scottish people on new nuclear energy is absolutely clear. We are focusing on developing Scotland's real strengths in harnessing our vast, clean, green and renewable energy potential. Renewable technologies including wind, water, biomass, wave and tidal, backed up by clean thermal baseload, can meet our energy needs many times over."Prof Glover's comments followed criticism of Alex Salmond's stance on nuclear from both Scottish Secretary Jim Murphy and Mike O'Brien, energy minister, earlier this month.Prof Glover also warned yesterday she did not think we were taking climate change seriously enough."We are talking about the future of our whole planet," she said. "There really isn't uncertainty about this. The uncertainty is around how fast it's warming. It's not whether it's warming or not. There isn't any uncertainty about us causing the change."She added that we must all change the way we live. She argued that short haul flights should be banned, and said the business community should instead use video-conferencing for meeting
MY QUESTION IS THIS. DESPITE BEING LAZY(sitting at home writing down some of an interview with another) DO SCOTSMAN JOURNALISTS HAVE A CLUE OF THE TERMS "JOURNALISM", "REPORTING" and "THE TRUTH"
The article above, makes the above journalist about as usueful to the journalistic community as tits on a bull.
Posted by JuanKerr.com at 06:48

British Nuclear Fuels have provided £500k support to this
project to study the encapsulation of nuclear waste.

Draw your own conclusions

A cas of not biting the hand that feeds you?

Even if it is a glowing hand

TBH I had no Idea she was a piad adviser. But to be fair, in the interview she was resolutely against nuclear in Scotland. So she is at least looking like she's being even handed. Her work could be explained as that of damage limitation, she may be dealing with nuclear waste but not making more of it. Just dealing with the toxic pile we have, a worthy objective?

Also I gotta admit/declare and interest, she is a bit hot too. No disrespcet to her intelligence and hard work, but she IS!